Pedersoli L370 Mamelouk Commemorative Flintlock Pistol 14.5mm. One of the pistol equipping the Mamelukes, faithful fighters of Napoleon’s Imperial Guard. Everything started during the Egyptian Campaign in the 1799, when the Mamelukes cavalry regiments who were fighting in defense of the king in that area, aroused curiosity and admiration for their courage and their military organization.

Napoleon Bonaparte decided then to include these cavalrymen into his army creating, in 1802, the first Mamelukes squadron of the Republic led by the General Jacques François de Menou.

The commemorative pistol introduced by Davide Pedersoli is the holster model, with round barrel 14,5mm caliber, 194mm long with the feature of five flats at the breech, the upper one continuing along the barrel’s length to the front sight.

On the upper flat there is the mark Ent.se Boutet. On the lock, two lines with the text M.RE IMP.LE / DE VERSAILLES. The trigger guard, the butt cap and the screw washers of the lock are made of brass; on the butt cap a screw is fitted with a steel ring; the ramrod is made of steel with brass tip. On the grip is a medallion showing a Mameluk cavalryman dressed in his oriental ordnance outfit.

The 2012 commemorative pistol will be produced in a limited series of 500 units Each gun has its own certificate of authenticity on parchment paper. 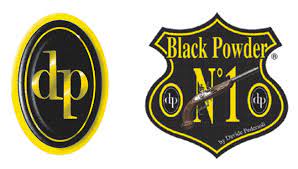 ** Ammunition, Firearms and any Licensed components are not available to order online. Due to current Firearms Legislation these items are collection only and can only be purchased upon production of the necessary Firearms Permits. If you would like to purchase this item then please contact us on info@guntopia.hu or call +36 30 304 3036 **